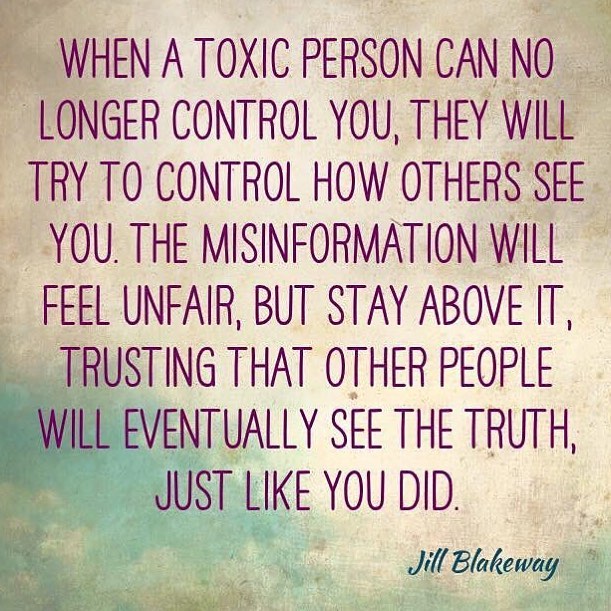 Source: Letting go – not giving up!!!

Source: CO-PARENTING = HOSTAGE FOR SOME PARENTS?

THE NATIONAL ALLIANCE FOR TARGETED PARENTS, INC. IS A NON-PROFIT, GRASSROOTS, ORGANIZATION DEDICATED TO EMPOWERING AND SUPPORTING PARENTS TO STOP THEIR (EX)PARTNER WHO DISPLAYS NARCISSISTIC/BORDERLINE ABUSIVE PATTERNS OF BEHAVIOR, FROM PSYCHOLOGICALLY ABUSING THEIR FAMILIES.

The International Symbol for Narcissistic/Borderline Abuse:

To the parents out there who want to be their child’s friend, instead of their parent, we would urge you to read this post.  Especially parents who have divorced, or in the process of divorcing:  do not give in to the urge to become your child’s confidante.

Children need responsible parents, especially in today’s society.  If you need a confidante, find a friend or family member to discuss whatever it is that you’re going through.  Allow your child the luxury of being a child.  They’ll have to grow up all too soon.

Your Child is not your Friend, by James Lehman, MSW

“I think parents often make the mistake of making their child their confidante. So when they say, “I want to be his friend, and I want him to be my friend,” what they’re really saying is “I want be his confidante.” And that just does not fit with the functional role of a parent.

If parents think teachers are in error, they should keep that to themselves and their peers and deal with the school directly. If you think the teacher’s an idiot for not letting your child chew gum in the room, you can be your kid’s “best friend” and say, “That’s a stupid rule and that teacher’s a jerk.” Or you can be a functional parent and say, “Boy, I really disliked that rule when I was in school too. But I had to follow the rules.” Two different responses. Both responses empathize with the child, but one makes him a confidante, which is ineffective. The other teaches him the importance of following rules. Remember this: if you punch holes in authority figures, thinking you’re being a confidante with your kid, don’t be surprised when he disrespects that authority figure. And then if you give him consequences for that disrespect, he’s going to look at you as a hypocrite.

When you make your child your confidante, you are saying that you and the child are co-decision makers. But the fact is, you and your child are not co-decision makers in any realistic way. Kids can offer you their opinion. They can tell you what they like and dislike. But certainly decisions, especially important ones but even certain minor ones, have to be made by you, the parent. Kids have to understand that the family moves as a unit and the adults make the decisions.

I think you can certainly share some things with a child without turning him into a confidante. One of the things you can share with a child is the statement, “We can’t afford that.” It’s a factual statement that explains the limits under which you must live. What you shouldn’t share with the child is, ”I don’t know how I’m going to pay the rent this month.” It’s something that the child is not prepared for, and it develops in him a way of looking at the world that is unhealthy and not realistic. 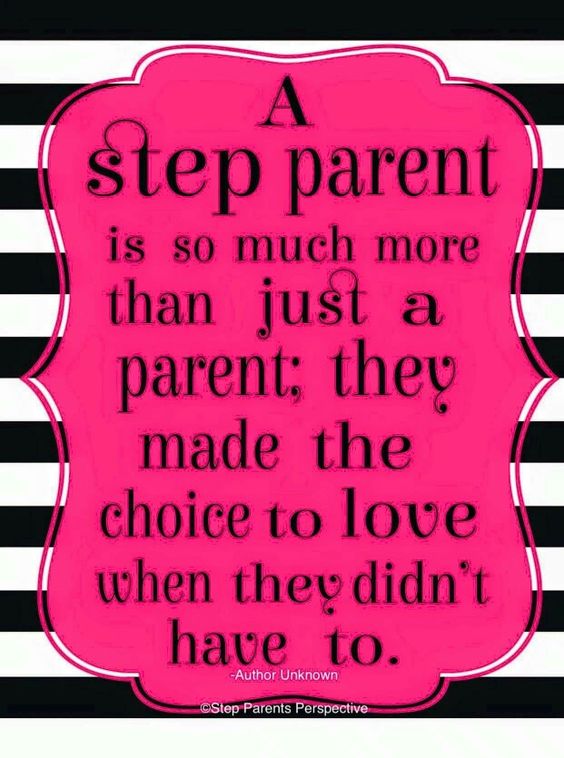 During a recent conversation, we heard our alienating parent described as “bossy.”

The person we were communicating with was being very gracious, and very reluctant to speak badly about someone she really didn’t know …..but she did have to admit that our alienating parent was, well ….. bossy.

We always thought our alienating parent was overly critical of the father of her children and adamant that she, and only she, could make decisions where her children were concerned as a result of their bitter divorce, but it appears she treats other people in the same manner.

With that in mind, we thought we would offer this advice for others dealing with bossy people:

5 Tips That Will Help You Handle Bossy People Better

It’s not uncommon to have people who are “pushy” or bossy in our acquaintance. These people come across as being highly insensitive to our personal space, and sensitivities, and seem to impinge upon our independence. You may have a bossy father, mother, brother, sister, spouse, neighbor or a friend, it doesn’t matter what role these people play in your life, their attitude will cause you to feel insulted, humiliated, patronized, resentful or upset. Bossy people are not necessarily “ill intentioned”, but they tend to impose their will and intent upon others, thus impinging on their space and freedom. In this article we seek to give some pointers on how to deal with bossy people in your life.

1.) Stay in Touch with Your Inner Guidance – When you are under the influence of bossy people, they can easily get you to do things that don’t feel “good” to you. It’s not uncommon for bossy people to use threat, anger, argument and emotional pressure, to get you to do their bidding, and if you are not in touch with your own inner guidance, you will fall a victim to their pressure.

No matter how much someone tries to impinge on your freedom, it’s possible for you to stand your ground when you feel confident of your own guidance. When you are not sure of what’s right or wrong from you, it’s easy to be influence by bossy people.

2.) Don’t Live in Fear of a Bossy Person – The weapon which most bossy people wield to get their bidding done is “fear”. They may use their influence to instill fear in you to get you to abide by their conditions. It’s common to see some parents using the fear of punishment to get their children to do their bidding.

If you really want to be free of the influence of a bossy person, you will have to consciously stop being taken in by “fear” created by their force. It’s possible to overcome any fear by staying alert and aware when fearful emotions try to take over. Fear will not have power over you if you don’t fear the fear, but stay absolutely rooted in your awareness of it.

3.) Put Your Freedom Above Everything Else – When you feel victimized by people who are bossy around you, it’s simply a reaction of your being to the loss of freedom that you feel within. Only you have the power to reclaim your freedom, and stay free, no-one else can really help you with this. You will always be free of victimizing influences, if you place your freedom above everything.

When freedom is your priority, everything else somehow just comes back into harmony on its own. Remember that a bossy person cannot really take your freedom away from you unless you give him/her the permission to do. Put freedom above money, relationship and other forms of “pseudo” security that your mind may be seeking. When you feel free within, your external reality will automatically attract benevolent factors into your existence. You will have to deal with bossy people all your life if you are willing to give away your freedom under their influence.

4.) Be Willing to Speak up Your Stand – It’s necessary to make your stand clear, and speak up for yourself, when someone is trying to boss around with you. The only way to deal with bossy people, who try to order you around, is to let them know that you will not stand such behavior.

Don’t get reactive or emotional, but speak from a space of calm presence. Don’t try to put the other person down, but just make your stand clear, letting them know what you prefer and what your requirements are. Don’t be intimidated by their reaction, just stay calm and composed, rooted in your stand.

5.) Remember there is Nothing that You Need to do – Life is not a “do or die” reality. There is nothing that you “have” to or “need” to do, there are no limitations except the ones that you impose upon yourself. Life is always free and it does not impose any restrictions on your freedom.

The only restriction that lies in your life comes from your own mind. The reason you give in to bossy people is because you feel that you “have” to do their bidding in order to have a secure life. In truth there is no security in bondage, and though freedom may seem like an uncertain, and may be insecure, arena to the mind, the opposite is actually the case. When you choose freedom over security, it turns out that security emerges from this choice, quite automatically.

In order to deal with bossy people you need to overcome your fear and insecurity, and find security in your inner guidance. The mind is fearful but your heart always knows the right path to take. Listen to your heart and train your mind to stand up for what your heart feels is true. True freedom arises when you always make the choice to follow your heart over the fears created by the mind.

Something big is happening in April.

Through the efforts of leadership within the community of targeted parents, the American Psychological Association is beginning the process of reconsidering their official position statement regarding the pathology traditionally called “parental alienation.”  This reconsideration is being prompted by the work of leadership among targeted parents who, among other efforts, are actively petitioning the APA’s Committee on Children, Youth and  Families to revise the APA’s formal Position Statement on “parental alienation.”

This petition is at:

New APA Position Statement: Some children are manipulated into rejecting a parent.

Results! The APA has initiated the process to update their position statement!

The National Alliance for Targeted Parents

Yesterday, I checked up on an older, recently widowed stepmother. She was saddened about her current situation with her husband’s three adult children, her stepchildren. When her husband was alive and in very poor health, not one of them called or checked up on him. After his passing, they attended at least one of the prayers that was held at the house.

Then they started communicating with their half-sister (daughter of the stepmother) to ask about “what Dad left behind”, like his will. They were wondering who owned the house, what would happen to the cars, life insurance money, etc etc. The half-sister, who is a young adult, adamantly told them that it was none of their business, but these siblings still inquire only with their sister, never their stepmother.

How sad is that? How sad it is that to entitled children, we become more “valuable” after we die because…

“What alienated children need most of all  in order to heal, is not to be told anything at all but to spend time with the rejected parent and lots of it. Time to be able to see, feel and hear that things are different to how they have been made to believe they are. Whether alienation is consciously achieved or unconsciously driven, a child who is splitting their beliefs into all this or all that is in a fragile emotional and psychological position. That is why this is not an issue about ‘contact’ with the rejected parent but one about relationships, healthy and unhealthy and how a child is to be helped to navigate the real world.”

[Source:  Living Life in the Mirror, by Karen Woodall]

Living Life in the Mirror

Communicating With A Narcissist: Using The Narc Decoder I just came across this article by Tina Swithin and had to share… so true!  This describes every conversation with my ex in the shortes…

Source: Communicating With A Narcissist = NO ENGAGEMENT

Like Loading...
Grandiose:
1. affectedly grand or important; pompous: grandiose words.
2.  more complicated or elaborate than necessary; overblown:
a grandiose scheme.
3. grand in an imposing or impressive way.
4.Psychiatry. having an exaggerated belief in one’s importance,sometimes reaching delusional proportions, and occurring as a common symptom of mental illnesses, as manic disorder.